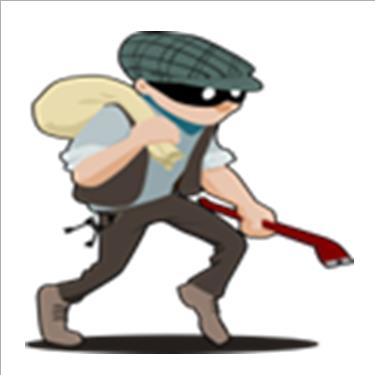 And God blessed them, and God said unto them, Be fruitful, and multiply, and replenish the earth, and subdue it: and have dominion over the fish of the sea, and over the fowl of the air, and over every living thing that moveth upon the earth. Gen 1:28

The creation story reveals to us how the first man and woman were placed in the earth and all things within it were placed under their hands to administer its authority.  This was righteous, legitimate authority given by the Creator to His children.  The failure of the first family to maintain authority caused their lost dominion to fall into the authority of Satan.  Since then we have seen corruption and abuse exercised as mankind seeks to overthrow others for personal benefit.  Proper authority has been surrendered, abused, and overthrown as mankind has proven incapable of handling great power because of an insatiable personal greed.  The God that gave man authority has observed its abuse and set a plan in motion to redeem earth and mankind.

In Noah’s day, we saw God toss out the flawed systems and inhabitants to start afresh with obedient inhabitants in a clean new environment.  Since that new beginning, we have still seen man go astray again and again; but God, nevertheless, had a plan to perfect the corrupt nature of man.  The coming of Jesus Christ to pay man’s penalty for sin through a cruel death on the cross, gave mankind back righteous authority in the earth and reins of power with God’s help.

Today we are seeing evil rise up in great places of power in the land and God’s people have become timid and fearful as evil breaks out and hope seems shattered.  This world only recognizes flesh power and yields to those operating in its power ignoring spiritual authority that still resides in Christ and His kingdom that rules the earth. The world submits to flesh power through the authority of government and some under spiritual authority, real or false, set up by leaders in churches.  The greater authority, however, resides with God’s kingdom.  Even when Satan and his cohorts seem fully in control and have won their way through false leaders, worldly knowledge, subtlety, cunning and deceit; God still holds the reins of power and is directing His plan.

So shall they fear the name of the LORD from the west, and his glory from the rising of the sun. When the enemy shall come in like a flood, the Spirit of the LORD shall lift up a standard against him. Isa 59:19

Let’s talk about legitimate authority in the earth. The reason Jesus came to the earth was to restore man’s legitimate power and authority to rule the earth.  Legitimate power was given to the Christian church and believers who accepted Jesus Christ as Savior.  The first church and apostles established God’s authority and the world began to operate with righteous leadership in the fear of God.  Modern society has allowed advancement of good to be diminished through worldly laws and allowed political correctness to influence some religious leaders who have sold out Christ’s authority for the proverbial pot of pottage.  God will promote and uphold righteousness even if He has to start all over again, like with Noah and his family.  But unlike Noah’s generation God has given this generation a power to stand up against the work of the enemy as he tries to corrupt the world and cause its destruction.  Those that are born again, have the power of God through Christ to rule in the earth and keep Satan under their feet.   The true believer who submits to Christ has all the power of Christ behind him or her and can, standing alone or with others, oppose the enemy’s work.  Consider the following scriptures:

Behold, I give unto you power to tread on serpents and scorpions, and over all the power of the enemy: and nothing shall by any means hurt you. Luk 10:19

Jesus professed that the devil would not prevail against His church, which is not a building but a people of faith.  Where some church leaders have silenced the people under their authoritative mantle, Jesus came on purpose to give power to each individual believer to stand up against the enemy’s work.   Romans 8:19 tells us of the whole earth waiting for the manifestation of the sons of God.  God has some sons and daughters in the earth who have been given kingdom authority to rule as Christ would rule.  That authority usurps the authority of Satan and his servants. That means that Satan has been unseated again and must yield to the sons and daughters of God who know and use their righteous authority.

Behold, I give unto you power to tread on serpents and scorpions, and over all the power of the enemy: and nothing shall by any means hurt you.  Luk 10:19

For verily I say unto you, That whosoever shall say unto this mountain, Be thou removed, and be thou cast into the sea; and shall not doubt in his heart, but shall believe that those things which he saith shall come to pass; he shall have whatsoever he saith.  Mar 11:23

Where the leadership model in our nation has caused the individual to submit in obedience to any leadership authority, it has allowed the enemy to take the leadership mantle to beat down the righteous.  The erroneous model of leadership that has been allowed in the church, where one man or leader solely rules the multitude of people, has led to the erroneous model we now see in the current government administration that is leading our nation astray. What the people allowed in the church has also manifested in our government and the government is now ruling the church.  This is a backward, topsy-turvy model that was never initiated or approved by Christ.  God established spiritual leadership in Moses, Miriam and Aaron who established a government with moral leaders on several levels who submitted to the law and God.  Our current governing system in America is rooted in that system that stemmed from Moses and ran through King David of Israel and is improved and provided for the Christian church and nations through King Jesus and all the nations established through faith in God.

The confusion we see in the nation of America is the opposite of the Christian progress that should be celebrated as unique in the world.  At the height of power or accomplishment is where we have seen great Old Testament kings and kingdom brought down low because they failed to glorify or mocked God.  America is not different or better than any other people or nation that must recognize God.  Unrecognized by those on the “right” and those on the “left”; is that the enemy of God and man is using both political parties to destroy America . . .  that nation who swore to be one nation under God.  God foretold us of the blindness and deception that would occur in the last days; it has indeed occurred and men have fallen into it through lust and the love of money.

Christ never intended that the Christian community would sit down and let evil rule over them nor did He expect so-called Christians to take violent dominion in the earth and call it for God’s glory.  Christ taught the church and all Christians to change the world and take authority through winning hearts and souls for the kingdom and establishing a God-fearing community.  Where the Democrats in America are willing to accept all people into the commonwealth and liberty of the land; the Republicans have excluded specific people from the commonwealth of the land because of physical characteristics and called it God.  What a mockery to the Christianity of America!  What an embarrassment to the nations that sought to model after the “One nation under God!”

Is there anybody left who knows the way?  Is there anybody left who can tell good from evil and is willing to stand up for what is right?  Men are fighting against women leadership but look at where solo male leadership has brought us …to the brink of destruction!  There was a reason God gave man a help meet. . . it was because he needed help!  It was not just for sex, but man has sought to seek fellowship and power with other men and then find sex outside the home with other women or men.  He has refused to treat women properly, respect the home and seek power righteously.  The trouble of America is not just a warning to America but it is to every nation that rejects God and the Savior.  The gospel has gone to every nation and the righteousness and the failure of America to live morally and its fate is a witness of God to every one of them to not follow America’s error.

God is showing up in America in bold ways to reach her heart but her leadership is not listening.  Every individual in the nation and beyond has an opportunity to learn from these powerful lessons of obedience and disobedience to God and the consequences that follow.  May every person and nation consider the God who speaks throughout the earth and give Him His due glory.

Blessed is the nation whose God is the LORD; and the people whom he hath chosen for his own inheritance. Psa 33:12