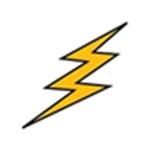 But God is the judge: he putteth down one, and setteth up another. Ps 75:7

The sovereignty of God and His role as Father requires His discipline for those under His authority.  Judgment is one of the ways God disciplines, cleanses and reorders His people.  It is a serious time where believers should seek His face for understanding. God judged the people at the Towel of Babel who attempted a building to reach heaven and the whole world was impacted and disrupted by their choices (Gen 11:9).   When judgment falls upon a nation, it is because God has seen evil on a scale that the whole nation is corrupted and ripens for destruction, but His mercy appeals first to the leaders who instruct and guide the people.  Ministers are those that should know the heart of God to help keep people in obedience to the word, but prophets are those God will speak through when He sends word to the people of His displeasure. God puts leaders in authority to take care of His people.  They are in office only for the purpose of caring for them in God’s stead.  If they do not take care of the people the way that God wills, they are no longer needed and God is the one who promotes and demotes.  So God’s first appeal is to leaders to remind them of their duty to provide for the people.  A corrupt nation is one where disobedience is in leadership and people.  Remember King David had authority over God’s people as King.  He ruled over their provision, discipline, and defense during war.  King David brought great wealth to his kingdom and curses when he disobeyed (2Sa 24:12).  King David recognized and honored God and God blessed David and the people.  The wealth and wellbeing of a nation is a reflection of God’s favor (Ps 33:12).

When leaders are corrupt, the people become corrupted as a result and the leaders may misuse or abuse the people until they cry out to God for help.  People are responsible for and blessed by praying for their leaders, but God responds to the cry of the people because of neglect. He comes to the leadership to inquire why the people are hurting.  Caring for His people was their responsibility and the leader answers to God, who provides the resources.  The Old Testament taught us that God sends the rain and sunshine to grow the crops that feed and enriches the farmer to care for his family.  When resources fail, it is usually because of sin or misuse by leaders at the top mishandling resources that God sends.  Matthew 25:14 shows what happens when God comes to see what is going on.  Those we call our leaders are actually those God calls His servants who work to care for His people.  The story tells how a man was traveling to a far country and gave his servants resources to take care of his property.  When the man returns, he checks on his servants and their care for his property.  While being examined for their care of the people, one servant was found to have been negligent.  The servants were each rewarded for their labor according to their work and ability to handle their assignments.  The one servant that had handled God’s property with disregard was rebuked, stripped of his resources and cast into outer darkness where he would be punished.  We have actually seen politicians leave office in a day in humiliation and go subsequently to prison for abuse of office.  However, our politicians may not acknowledge God’s hand that touched their position of authority because they also do not acknowledge Him as Lord.  In Mt 21:33, Jesus told a similar story of a householder who gave charge to his husbandmen to care for His vineyard.  The husbandmen mistreated the householder’s servants sent to receive fruit from the vineyard.  The story ends with punishment to be extended to the misusers of the householder’s property.

These stories record how the Caretaker of our world, Father God, deals with those who abuse the authority He gives.  Prophet Isaiah tells the story of how God feels about a disobedient nation. Chapter 1 of Isaiah tells how God sent storms or troubles to alert the people of His disfavor but they ignored him anyway. God expressed through Isaiah how even an ox knows his owner but how His people did not know Him.  He asks why they should be stricken (punished) any more when they will not listen (Is 1:3).  The prophet is a messenger sent by God to plead for the people to return.  The book of Isaiah goes on to tell how God is upset with disrespect of His authority and the punishment that He will send. God tries to talk to the leaders but many leaders disregard Him in order to do what they want with their place of authority until God proves His sovereignty, often in devastation.

In Isaiah Chapter 28, we get a picture of how leaders respond to judgment:

Wherefore hear the word of the LORD, ye scornful men, that rule this people which is in Jerusalem.   Because ye have said, We have made a covenant with death, and with hell are we at agreement; when the overflowing scourge (plague) shall pass through, it shall not come unto us: for we have made lies our refuge, and under falsehood have we hid ourselves:   Therefore thus saith the Lord GOD, Behold, I lay in Zion for a foundation a stone, a tried stone, a precious corner stone, a sure foundation: he that believeth shall not make haste.   Judgment also will I lay to the line, and righteousness to the plummet: and the hail shall sweep away the refuge of lies, and the waters shall overflow the hiding place.   And your covenant with death shall be disannulled, and your agreement with hell shall not stand; when the overflowing scourge (plague) shall pass through, then ye shall be trodden down by it.   From the time that it goeth forth it shall take you: for morning by morning shall it pass over, by day and by night: and it shall be a vexation only to understand the report.   For the bed is shorter than that a man can stretch himself on it: and the covering narrower than that he can wrap himself in it.   For the LORD shall rise up as in mount Perazim, he shall be wroth as in the valley of Gibeon, that he may do his work, his strange work; and bring to pass his act, his strange act. Now therefore be ye not mockers, lest your bands be made strong: for I have heard from the Lord GOD of hosts a consumption (plague), even determined upon the whole earth.  Isa 28:14-22KJV

The response of the political leaders above shows they told lies to hide, used a cover-up, and forged alliances with other powers to protect themselves from the sufferings coming on the people.  God speaks up and says when the disaster comes they will not be protected, their hiding place shall be flooded, the covenant they made would be broken, and that they would fall victim to the same disaster the people experience. We hear the Lord going on to say in Is 29:13 “the wisdom of their wise men shall perish, and the understanding of their prudent men shall be hid.” The leaders will become dumbfounded, with no knowledge of how to fix the problems. The book of Isaiah goes on to speak “woes” to the people and more disaster to fall for disobedience.

No other nation has had the advantage of free speech and liberty that America enjoys in comparison to the hopelessness citizens of other nations have felt because of poor leadership.  We have had the advantage of God’s blessings upon our nation and the people’s access to leaders through speech, prayers, and intercession to encourage them to work for the benefit of the people.  We are all in this together and God is expecting anyone that can hear and understand to do their part to save the nation.

The president does not appear to be well suited for the job he is charged with since he shows bias to his own personal wealth, those of greedy businessmen, megachurch leaders and the “one-percenters”.  Most nations are run by the powerful who take advantage of the vulnerable for their profit. Jesus came to change that system, restore power to the people for their wellbeing and to set up servant-leaders that would serve the people rather than exploit them. He reordered our Christian homes, churches and government to be established for fair treatment of people but it only works if we all insist on equity and resist exploitation.  All of us have influence with our political leaders because they need our votes to stay in office.  Another strength citizens have to influence the president is through their spiritual leaders.  The president stated recently that the pastors were called in.  Pastors as leaders over large groups of people and can heavily influence politicians and the president. Pastors, who should have the best interest of their people at heart, have an influence upon votes that politicians depend on.  Pastors should use their influence to lead politicians to a moral point of view and remind them of God’s judgment.  All of our leaders are dependent on power, influence, and money and it is the people that give it to them.  We the people are empowered to take away our leaders’ power, influence, and money; and we should do it when they jeopardize rather than promote the lives of the American people.  Every person sitting home wondering what happens next should utilize their personal power for prayer, godly wisdom, connection with peer groups and affect society with our voices.  Business professionals have the ear of the president behind closed doors to protect their own interests and we should make sure our interests are advanced as well.  Our leaders have the ability to bring good or evil upon our heads but God has given citizens and believers the opportunity to appeal by vote and in prayer for removal bad leaders and replacement with godly ones. Good leaders should lead us from one mountaintop to the next because of their vision, but poor leaders suppress our potential.  We have to get beyond the place where we submit to any male leadership over us because of respect and start evaluating qualifications and rights to lead.  Leadership authority should not be based on gender but on the God-given ability to use His authority for the exercise of His rule in the earth.  God shares His wisdom and guidance with His leaders for the good of the people.  When believers and citizens cry out to God, arise for change, and are willing to put feet to their prayers, we can expect God to move because it is His desire to help us.

Ye shall not afflict any widow, or fatherless child. If thou afflict them in any wise, and they cry at all unto me, I will surely hear their cry.  Ex 22:22-23