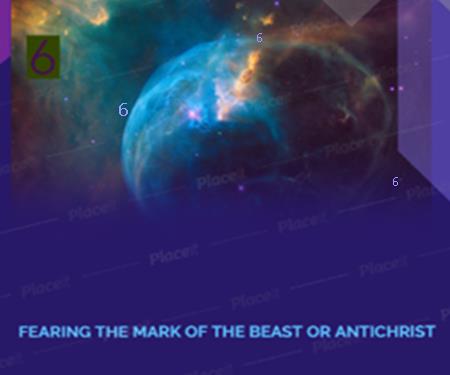 And every spirit that confesseth not that Jesus Christ is come in the flesh is not of God: and this is that spirit of antichrist, whereof ye have heard that it should come; and even now already is it in the world. 1Jn 4:3

We have endured some difficult days over the past year and perhaps more to come due to vaccine hesitancy with Corona virus.  Even before the Corona virus hit, people were fearing signs of the end times. What happened to all those end time programs.  Of course, the world did not end despite the excruciating pain and terror of 2020. So today preachers have resumed preaching Jesus, prosperity, and reasons for giving big offerings.  What happened to the teachings on the seven moons, the red heifer, and the four horses?  I am not mocking, but I want to make a point.  Some preachers and marketers used sensationalism that made people panic and buy more merchandise. Churches should preach and teach the end time gospel, but remember Timothy taught: “Ever learning, and never able to come to the knowledge of the truth (2Ti 3:7).  God alone knows the hour of our redemption (Mt. 24:36). People have heard the messages and been upset, frightened and maybe convicted, but did these ministers preach truth?  Did they get a message from the Lord? The answer to that question might be why so many have left their faith in God and the church.  The church is supposed to be able to give the people a now word from God.  A lot of wrong prophecies came forth from those who had not heard from the Lord.  We need true men and women of God to give a real message from the heart of the Lord.  That cannot happen unless we have people who have spent time before the face of God listening to what He has to say.

There have been reports of unsaved people who have testified of hearing the voice of God revealing Himself to them in the crises of life.  Reports have come from Muslim overseas who received a revelation or vision of Jesus speaking to them and conversions were made to the Christian faith. After genuine conversions of these people truth can be hindered through going to churches where they sit under preachers or teachers who have never seen Him. Jesus is real and the word of truth is real but there is a devil that will stand in some form between you and the truth who dares you to get the whole truth. We must be discerning of his evil ploy and deal with the devil that is trying to block the truth.  Jesus Christ has given us warning through informative teaching, spiritual weapons and power to sustain victory over the devil through His precious blood (Lk 10:19).

The year 2019 and years prior were warnings of danger to come that many religious people thought was the end of the world, the coming rapture or the antichrist.  They did not know which but something was coming and people became anxious about being ready.  So 2020 came and it was terrible and even though that year is over, the trouble it brought is not.  What will the false prophets say now?  Some preachers survived the false pronouncements and some did not. What was that about?  Some churches thought there would be a revival and we would come together and be one, but Jesus said His coming would bring division.  “Suppose ye that I am come to give peace on earth? I tell you, Nay; but rather division…( Lk 12:51).”

I had been writing about coming judgment for years as I heard the spirit of God speaking about the consequences of sin, particularly in the church. What does all this have to do with the antichrist?  Year 2020 was about God’s judgment falling.  God is always speaking and He is always warning people about the dangers of sin. It’s up to us to listen.  The worst thing most Christians believe can happen is the antichrist would catch them off guard and ensnare them.  People in the years approaching 2020 saw the antichrist in everything.  It was like being afraid of going out in the dark because something might get you.  You don’t know what, but something.  God expects His children to know the times and the seasons because they are following Christ (1Th 5:1-4). Christ admonished us to read the word, study and pray. Even if believers do not understand all the mysteries and symbols of the bible, they should have peace and rest because they are in Christ, where there is no darkness.

I have been wanting to write an article on this for a while because there are so many people still scared of the antichrist and they are so afraid that they might have taken the mark of the antichrist unknowingly.  I want to relieve the minds of some believers who still fear this.   I understand the fear because there is so much evil on display in the world today that is no longer willing to stay hidden.  The greatest danger is losing your faith in Jesus because He alone can take us through every storm.

Let me explain some things about the antichrist that the spirit of God taught me as I searched out His word.  First of all God is more powerful than the devil and God knows how to keep His little ones that trust in Him.  There is a presence of His spirit that we feel when we are in His care.

But the Lord is faithful, who shall stablish you, and keep you from evil. 2Ti  3:3

Now unto him that is able to keep you from falling, and to present you faultless before the presence of his glory with exceeding joy… Jud 1:24

And grieve not the holy Spirit of God, whereby ye are sealed unto the day of redemption. Eph 4:30

My Father, which gave them me, is greater than all; and no man is able to pluck them out of my Father’s hand.  Joh 10:29

God speaks His truth to us for our assurance.  We have to hold on to those words.  God not only promises He will keep us, but He has sealed the faithful for Himself.

Now he which stablisheth us with you in Christ, and hath anointed us, is God; Who hath also sealed us, and given the earnest of the Spirit in our hearts. 2Co 1:21-22

Also before the end times where Satan will have opportunity to torment the earth, the rapture of the saints will have already taken place and the tribulation saints will get sealed by God’s mark in their forehead.

For the Lord himself shall descend from heaven with a shout, with the voice of the archangel, and with the trump of God: and the dead in Christ shall rise first:  Then we which are alive and remain shall be caught up together with them in the clouds, to meet the Lord in the air: and so shall we ever be with the Lord.  1Th 4:16-17

And I saw another angel ascending from the east, having the seal of the living God: and he cried with a loud voice to the four angels, to whom it was given to hurt the earth and the sea, Saying, Hurt not the earth, neither the sea, nor the trees, till we have sealed the servants of our God in their foreheads. And I heard the number of them which were sealed: and there were sealed an hundred and forty and four thousand of all the tribes of the children of Israel. Rev 7:2-4

Those that are trying to serve the Lord should maintain their faith and not fear taking the mark by accident.  Those that Satan will take will have chosen to follow Satan and do his will.  They will be the rebellious ones that refuse to hear the Lord’s voice drawing them.  Even those in ministry that serve Satan know that they are rebellious against God.  They are deceitful and willingly serve the enemy by choice.  They did not fall by accident.  How do I know?

For the wrath of God is revealed from heaven against all ungodliness and unrighteousness of men, who hold the truth in unrighteousness;  Because that which may be known of God is manifest in them; for God hath shewed it unto them. For the invisible things of him from the creation of the world are clearly seen, being understood by the things that are made, even his eternal power and Godhead; so that they are without excuse: Because that, when they knew God, they glorified him not as God, neither were thankful; but became vain in their imaginations, and their foolish heart was darkened. Rom 1:18-21

God reaches out to every soul to bring them to the truth. Those that refuse, know they refused and may come to a time when they regret it after it is too late, like Judas. The truth was shown to Judas and he betrayed it.

Then Judas, which had betrayed him, when he saw that he was condemned, repented himself, and brought again the thirty pieces of silver to the chief priests and elders,  Saying, I have sinned in that I have betrayed the innocent blood. And they said, What is that to us? see thou to that. Mat 27:3-4

For if we sin wilfully after that we have received the knowledge of the truth, there remaineth no more sacrifice for sins,  But a certain fearful looking for of judgment and fiery indignation, which shall devour the adversaries. Heb 10:26-27

The child of God should know that God is willing, able, and will keep him from evil until the day of redemption because He said so. The saints need not be afraid of having taken the mark of the beast unless he decides to become rebellious against Christ, in which case he would himself know that.  Those that will take the mark of the beast are the rebellious ones who refuse to accept Jesus Christ as Savior and go on to follow deeper and deeper the will of Satan until they are trapped in their own evil will and he will brand them as his.  Notice again that even they were appealed to: “…for God hath shewed it unto them.’’ They will be: “without excuse…( Rom 1:18,20).”  One does not have to be rocket scientist to be saved, even a child can say yes to Jesus and trust Him by faith.  Accepting Christ is a choice. He knows how to reach every soul. We are all offered an opportunity to accept salvation. Refusal causes one’s own damnation.  Christ said His followers would not follow a stranger because they know His voice (Joh 10:5). Staying with Christ requires keeping faith through reading and hearing the word of God. He draws His children closer to Him through fellowship. Christ is our Savior and He saves us out of so many dangers and afflictions (Ps. 34:17). It is our responsibility to keep our hearts open to God, stay in love, keep praying and He will help us with all the rest.  It is not about our intelligence or ability, but about an obedient heart. There is so much more to share but keeping a heart for Jesus is the most important need. A Part Two may be added later. God bless.

Now unto him that is able to keep you from falling, and to present you faultless before the presence of his glory with exceeding joy,  To the only wise God our Saviour, be glory and majesty, dominion and power, both now and ever. Amen.  Jud 1:24-25