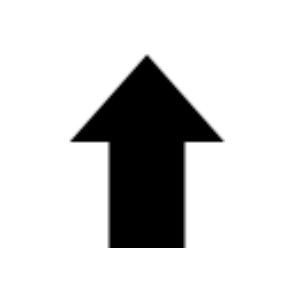 When my father and my mother forsake me, then the LORD will take me up. Ps. 27:10

The recent Father’s Day weekend was the time to talk about fathers and I wrote about it but there is so much more to this topic that it deserves much more time.  Much of what is wrong with us personally and in the world can be traced back to the wrong image of the father.  Men in our society as husbands, fathers and leaders are upset because they want to rule our world and they want women to sit down, learn from them and do what they say.  The problem is though if you do not have the right image or relationship with Father God, you are in no position to lead but God is faithful to send leaders help in various forms.  Even though Adam fell in the Garden of Eden, God had already instructed Adam regarding leadership, relationships and authority.  True knowledge comes from God (Pro. 2:6).

The nation of America today is in dire need of the Father’s image and the revelation of His love.  Though oftentimes men believe their problem is the women, they have held the reins of authority for millenniums and yet have produced world wars that destroyed multitudes.  God, as Father, has revealed Himself as, not only strength, but loving, caring, sharing, protecting and sacrificially giving of Himself.  So many men of our generation in top levels of society are reflecting God and authority as the complete opposite of His nature by emphasizing taking rather than giving, abusive of the weak rather than defending them, and demanding respect while revealing contempt rather than love.  Churches with better knowledge and spiritual insight promote a prosperity message with a wrong focus on spiritual leaders gaining their tangible wealth while promising wealth to others. We have a president as the head of our nation who is ill prepared to represent the concepts of fatherhood and family to society.  We have men in politics, businesses and churches who are trying to hold up his position as proper authority because he represents their authority as well; but it is an impossible task.  God is being misrepresented by many men of authority in our society.  How can the world be right if its teachers are in error?  Jesus’ mission to Jerusalem brought correction of the wrong image of God, showed proper authority and revealed the Father in truth.  We have a loving Father who rules in mercy and who Lords over every aspect of our lives with love; and He expects a proper reflection His image.

Our society is full of broken vessels trying to mend others when they do not possess a true image of God, family and wholeness.  God wants to heal the brokenness of leaders before they set a pattern for others.  The image of wholeness, as a person, family and society comes from the knowledge of God who created all these relationships.  When men who lead do not submit to God as their leader and instructor and then fail to receive the help and warnings God sends, that is a recipe for disaster.  Leaders with a broken image of life are still in position to demand conformity to their authority even against the better instincts of those they lead.  People tend to resist that which is unnatural and against their conscience of right and wrong.  This type of conflict produces causes a warring in relationships, families, churches, societies and nations as we are now seeing in our everyday lives.   But “when a man’s ways please the Lord, he maketh even his enemies to be at peace with him” (Pro.16:7).  Man out of alignment with God causes disruptions in our society.

The cure for what ails us was provided from the beginning. God, who talked to Adam continually about how to be a husband, father and caretaker, has always been available to teach all men.  Men are expected to lay a sound foundation on which a home and family is built.  If the floors sink or the walls lend, it can be traced back to the man who laid a bad foundation.  Brute men may rise up to force their ways upon the weak in society and nations, but God, who defends the poor and needy, intervenes in family disruptions and wars between countries to pull down aggression and restore peace.  God watches over all our relationships intervening when necessary to preserve the meek that trust in Him and His creation.

To broke vessels: God is reaching out to restore wholeness through giving us the right image of His nature.  I was a broken vessel (some may mock that I still am) but one day I met the Master, who has healed my brokenness by revealing Himself as Father.  When I heard God’s message and the sacrifice of Christ for my sins, I believed it.  I took hold of it like a hungry person stumbling across the desert finding a piece of bread. For those who know my life and wondered about certain aspects of it, just imagine again that hungry person and someone try to take that piece of bread away.  Imagine someone trying to take the life raft from someone sinking in the ocean.  God is our life raft in an ocean of trouble and we have to fight against all odds to separate us by holding on to the life raft.

What’s wrong with the world is that some people are trying to repair it in their own way but have no knowledge of God.  It is very difficult to put a square peg into a round hole but some ministers, politicians, teachers, business leaders and other male leaders are trying to do just that.  They have changed the rules to reflect a wrong image and expect multitudes to follow.  When the head is properly aligned, the body will follow. Because men usually possess leadership positions, oftentimes there is no one able to tell them they are wrong and some leaders lack wisdom to ask or hear godly counsel.  The very natural of men causes them to persist in authority even when they are wrong or ill equipped. Hard-headiness is not the nature of God nor does it reflect leadership strength.  God listened to Moses and changed His mind when He was determined to destroy disobedient Israel.  When those being led rise up in agonizing protest because their lives are miserable, ruthless men try to shut them up.  That is not the way God modeled or designed leadership authority.  Not all men conduct themselves this way but too many do.  Jesus took time to hear, show mercy, instruct, and give examples to clarify messages to his followers.  Jesus is also the answer for followers caught up in bad situations.  I am so glad God restored my image of the Father against all odds.  I am glad I accepted Jesus Christ as Savior despite all attempts to lead me astray.  Father God is invested in us and our success and He will complete the work He has started in us.

Our nation and world is in trouble because of lack of knowledge and relationship with God, the Father.  God has been trying to tell us to turn around and do things the right way but people, set in their own ways, are refusing to hear.  Even the earth is crying out that it won’t work our way.  The nation’s farms, foods harvested from them and the very environment we live in are rebelling against what man is doing in the earth.  Mankind is substituting the artificial for the real to fill in gaps and voids to prolong their own false design that is destined to fail.  What if on Father’s Day men would renew a devotion to following the True Father?

God is still reaching out to all mankind and saying:

“I will instruct thee and teach thee in the way which thou shalt go: I will guide thee with mine eye.”  Ps. 32:8

Why won’t we listen?  Many people have become tone deaf to the voice of God that is still speaking.  For those that have no teacher, God promises to teach you.  Father God is available to all who will seek Him.  He will put away your sin and cover you with a veil of love.  When you have no father, God is Father (Ps. 27:10).  When you have no one to love you, God is love.  When you are in despair, God will pick you up.  He is the one that will never leave nor forsake you.  He has been trying to tell us individually and as a nation and world that He is still there for us and He loves us with an everlasting love.  He is willing to guide us through the storm and His arms are still wide open to receive us.  There is nothing wrong with the Father or His image but are we reflecting His true image?

And will be a Father unto you, and ye shall be my sons and daughters, saith the Lord Almighty. 2 Co 6:18