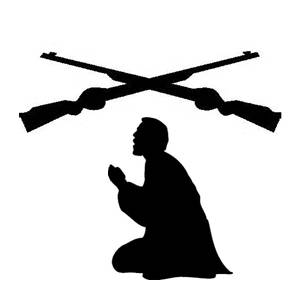 For though we walk in the flesh, we do not war after the flesh: (For the weapons of our warfare are not carnal, but mighty through God to the pulling down of strong holds;) Casting down imaginations, and every high thing that exalteth itself against the knowledge of God, and bringing into captivity every thought to the obedience of Christ; And having in a readiness to revenge all disobedience, when your obedience is fulfilled. 2Co 10:3-6

The greatest benefit that America has is Christianity and freedom of worship God. That benefit is in great jeopardy today and the enemy is attacking at America’s weak points: its faith in God (with fear) and its freedom (through divisiveness in the ranks for individual freedoms rather than national protection). In the origin of this nation people reached beyond their personal differences to fight for the wellbeing of the nation but today the focus is all about me and mine. The nation of America has compromised its foundation of faith and moral integrity and it has little defense against ferocious enemies. “If the foundations be destroyed, what can the righteous do (Ps 11:3)?”

The Corinthian scripture above, given through the Holy Spirit by Apostle Paul, is for the church. The church is God’s authority in the earth realm and Christ directs His church. But is the church listening to its Commander in Chief? God told believers they would be blessed if they obeyed His voice but believers have opted to ignore God’s commands and go after the material blessings instead. They will lie, cheat and steal for material benefits. They are like the many Jews born in the lineage of Abraham who refused to honor Christ and take on His likeness. America started out with God’s divine guidance and Christian principles. It has received many blessings but chosen a misguided path of reverting back to carnal and ungodly ways.

Just as God allowed the ungodly seed of Abraham to fall in battle and go into captivity, He has promised the same to all ungodly men who reject the truth. Outside of faith in God, America has no shield of protection, weapon or power to destroy its present enemies. It is because America is rejecting God, that God is also rejecting America. God is a righteous God and He sustains righteousness, not wickedness. Our Sovereign God is a destroyer of wickedness (Gen 13:13; Gen 19:24; Psa 7:11; Eph5:6). The sins of our nation have been thoroughly uncovered for all to see and we can no longer claim righteousness in the midst of open sin. As an African American I identify with America as an American, but the truth is that African Americans are still experiencing bondage in America. This is another one of America’s hidden sins.  American blacks want to believe they are free but all the evidence of unrighteous imprisonment, organized black infanticide, purpose-driven discrimination in all phases of life, and a history of deliberate hindrance of black progress in general all reveal racial oppression rather than liberty.

Despite all the wickedness of Israel, God still loved them and was open to their prayer of repentance:

Thus saith the LORD God of Israel; Behold, I will turn back the weapons of war that are in your hands, wherewith ye fight against the king of Babylon, and against the Chaldeans, which besiege you without the walls, and I will assemble them into the midst of this city. And I myself will fight against you with an outstretched hand and with a strong arm, even in anger, and in fury, and in great wrath. Jer 21:4-5

People do not always know that it is God that is fighting against them and that they cannot prevail in a fight against God.

Therefore the Lord shall have no joy in their young men, neither shall have mercy on their fatherless and widows: for every one is an hypocrite and an evildoer, and every mouth speaketh folly. For all this his anger is not turned away, but his hand is stretched out still. Isa 9:17

In the midst of great anger, God will still hear a repentant cry.

But thou, O Lord, art a God full of compassion, and gracious, longsuffering, and plenteous in mercy and truth. Psa 86:15

King Solomon prayed that the people of God, in their worst hour, might be saved if their hearts turned back toward God. The prayer of King Solomon was received by God and that grace extends to his descendants by blood or faith.

And if thy people Israel be put to the worse before the enemy, because they have sinned against thee; and shall return and confess thy name, and pray and make supplication before thee in this house; Then hear thou from the heavens, and forgive the sin of thy people Israel, and bring them again unto the land which thou gavest to them and to their fathers. 2Ch 6:24-25

If my people, which are called by my name, shall humble themselves, and pray, and seek my face, and turn from their wicked ways; then will I hear from heaven, and will forgive their sin, and will heal their land. 2Ch 7:14

The way has been made for God’s intervention in our problems today not only through this prayer of King Solomon, but through the blood sacrifice and forgiveness provided by our Lord and Savior Jesus Christ.

For we wrestle not against flesh and blood, but against principalities, against powers, against the rulers of the darkness of this world, against spiritual wickedness in high places.   Wherefore take unto you the whole armour of God, that ye may be able to withstand in the evil day, and having done all, to stand. Stand therefore, having your loins girt about with truth, and having on the breastplate of righteousness; And your feet shod with the preparation of the gospel of peace; Above all, taking the shield of faith, wherewith ye shall be able to quench all the fiery darts of the wicked. And take the helmet of salvation, and the sword of the Spirit, which is the word of God: Praying always with all prayer and supplication in the Spirit, and watching thereunto with all perseverance and supplication for all saints; Eph 6:12-18

Paul, in this speech, reminds the believing saints that they already have the victory over any enemy through the power of God and the weapons He made available. But forgiveness must have the precedence of confession and turning from sin: “If we confess our sins, he is faithful and just to forgive us our sins, and to cleanse us from all unrighteousness (1Jn 1:9).”

God has made it clear that some of our fights are not carnal fights but spiritual ones and those we must fight in the spiritual realm, not the physical one. As ungodly people before salvation, we fought our enemy in the flesh.   But now after becoming spiritual children of God, we must fight in the spirit because we know our spiritual enemy is Satan who fights against our soul. Satan’s fight is always about control. Satan is the god of this world and he already has at his disposal the riches and the gold; but what he wants is power over men and God. We, that belong to God, are engaged in this warfare whether we want to be or not.

Our problem today is that we have carnal churches that do not know how to fight spiritual fights with spiritual weapons. Christ left His church all the weapons needed for the fight; but just as America regrets the unpreparedness of some foreign soldiers to fight their own war, also regretful is America’s unpreparedness to fight its own war. Our battle today is not physical aggression; it is spiritual aggression. Satan’s kingdom wants power over God’s kingdom. Neither legislation nor bullets will stop Satan-driven ideology but the power of God can change the heart of the worst enemy just like He changed Saul of Taurus. Some churches are caving in when they should be standing up, declaring the Word of God and making Satan and his peons bow down. Christ has already declared that the gates of hell will not prevail against the church and His word cannot fail. Physical engagement may not be advantageous to believers, but warfare, nevertheless, is required.

While America is concerned about conflict with foreign nations and whether or not to put boots on the ground, many churches are sitting back wondering what will happen and whether or not this is the feared beginning of World War III. But the church is the weapon that American should be unleashing in this battle! The government is not the protection for the church, but the church is the protection for our government. The people, church and believers existed before the American government was formed and the government was organized by God-fearing believers. Christ established the church with His authority to fight the spiritual enemies of Christ and His Church! Daniel defeated his enemies on his knees.  Christ has already put down all wicked authority through His crucifixion and ascension but we still have a role to play. Weak pastors are a detriment to us all if they do not do their God-given job and direct the arrows of faith against our enemies! This battle is not a physical one requiring guns and nuclear weapons. This is a battle that calls for a righteous church to stand up and decisively take authority over the devil and his work. God has already given us the ammunition.

Christ told His disciples to follow Him. Where Christ has gone, we must go. Christ has gone over the divided walls of communism and false religions to reach the hearts and minds of some that do not know Him. We must follow Him there. Christ is appealing to the hearts and minds of lost souls overseas and we must follow Him there. Christ is appealing to Muslims, Hindu worshippers, agnostics and sinners of all kinds and so must we. The great message of Christ to His church was: “Follow Me.” If the American church was steadfast in following Christ into unknown territories with the true gospel, we would not have to fight a physical war with physical weapons against unbelievers. The same power that the early disciples used to turn the world upside down for Christ is still available. Christ has compelled the church to love its enemies and give the Word to every nation. Where we cannot physically go, our prayers have no barriers that they cannot penetrate. And if they will not heed the message, Christ will be their warrior. Neither Congress nor the White House knows what to do with a spiritual war. Christian instruction and authority were given to Christ’s Church, not the secular government. Moses and Joshua was God’s men who led the warfare by God’s voice.  The church represents the mind of Christ; the government and military are simply arms that must be directed.

Now after the death of Joshua it came to pass, that the children of Israel asked the Lord, saying, Who shall go up for us against the Canaanites first, to fight against them? And the Lord said, Judah shall go up: behold, I have delivered the land into his hand… And Judah went up; and the Lord delivered the Canaanites and the Perizzites into their hand: and they slew of them in Bezek ten thousand men. Jdg 1:1-4

Ye shall not need to fight in this battle: set yourselves, stand ye still, and see the salvation of the Lord with you, O Judah and Jerusalem: fear not, nor be dismayed; to morrow go out against them: for the Lord will be with you. 2Ch 20:17

And all this assembly shall know that the LORD saveth not with sword and spear: for the battle is the Lord’s, and he will give you into our hands. 1Sa 17:47

The Lion of Judah is ready to be engaged against our enemy. Church, put on your armor; pray and go to war!